Royalty-free library music are music tracks you can use in media projects–for example, a documentary or film you’re working on, or a presentation for work or school. By paying the price of the track, you are paying the licensing fee for such use, and you don’t have to worry about paying additional royalties down the line. The tracks are available as they are, and you are free to use as much or as little of them as needed.

If you need a customized musical piece or a score for a film, feel free to contact me.

Please visit my Pond5 page and take a listen…

Films are, first and foremost, about characters, so that is the starting point for the music (after all, I don’t know too many people that go to the movies just to listen to the music). So getting a feel for the characters and understanding their motivations is important if we want to come up with meaningful music. There are various aspects to each character–for example, Romy, the oldest of the “grave bandits,” is essentially a good person, but he is also somewhat motivated by greed, and so this aspect finds its way into his musical themes. After the themes for each of the characters are developed, we suddenly have a good amount of material, and a better feel for what the entire score for the film will sound like, even if some of the material winds up being cut or is never used (that is the way things go sometimes).

On to the characters… 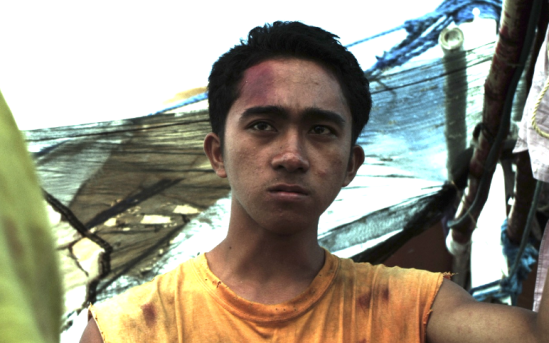 Romy and Peewee are the “Grave Bandits,” as they’ve come to be known by the media and the people from the towns they’ve “visited” (i.e grave robbed). When we first meet them, they’re in the middle of one of their operations; Romy is digging up a grave, while Peewee is acting as a lookout from a tree. This is the first time we the audience see the Grave Bandits, and we meet them right after a very intense opening scene, so the first musical cues we hear are lighthearted, playful, and mischievous to lighten the mood a bit (as heard in the track “Meet the Grave Bandits”).

There is also a very sad reality to these characters, and the track “Romy and Peewee” expresses some of that. But despite their situation, both characters still have dreams. The track opens with Romy’s theme on acoustic guitars, and then near the end we hear Peewee’s theme in the piano. 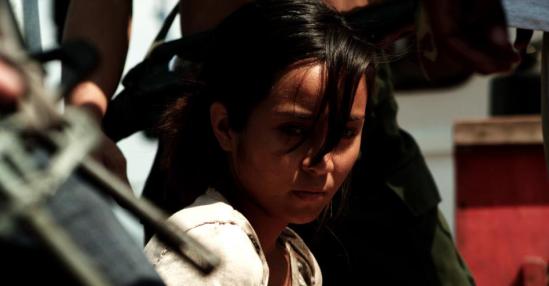 Maiya is one of the first characters we see in the film. When we first meet her, she is being held against her will by a band of pirates, hired by Seabrook, who are looking for the Gemstone. She is the character that reveals the secret of the Gemstone and the Zombies as the story moves along. A lot of the material I wrote early on for the film was Maiya-related, and this did a good job at setting the mood for the rest of the film. The track “Maiya’s Story” has her main themes, which are driven by the woodwinds (flutes) and strings (cellos). Her main theme is played by a Xiao, a Chinese bamboo flute with a beautiful, expressive sound (we hear this around the middle of the track).

Seabrook is a researcher that has become obsessed with finding the Gemstone. When the film opens, we find him with the band of pirates he hired to capture Maiya to force the location of the Gemstone from her. There is quite a bit of Seabrook material that, unfortunately, didn’t make it to the final cut of the film (yup, that’s the way things go). “Red Moon” is a compilation of some of this material. Most of it is in demo form, so please excuse the rougher, unfinished quality to the sound! The track opens with the “Red Moon” theme (btw, the term “Red Moon” comes from a conversation the director and I had about this character’s back story), which is played by the brass. Then we have a few variations of the “Indiana Jones gone bad” theme. One motif that did make it to the film was the up-and-down piano line, which came to symbolize Seabrook’s obsession (the “film version” of this piano line is also heard in “Maiya’s Story”).

In Part III, I’ll discuss some of the action themes–and the Zombie themes! Stay tuned…

And the film’s Facebook page, for updates on theaters that will be showing it…

From my Soundcloud page:

” Terminator: Messiah” A track inspired by the Terminator franchise. (Terminator theme by Brad Fiedel). After the intro, my Terminator theme comes in at around 2:10. I tried to capture the flavor of Fiedel’s theme–in particular the “machine heartbeat” percussion sound–without actually ripping it off.

At 6:47, John Connor’s Messiah theme comes in. The goal was to highlight an aspect of the John Connor myth that I don’t think has been emphasized enough in the films or the series.

And I close with Brad Fiedel’s well-known theme. I hope he doesn’t sue me.

This track is a couple of years old. I’ve been listening to some of the older stuff  on my Soundcloud page (organizing my material, trying to decide what to keep, what to clean up, and what to throw away–good-bye, bad wanna-be-Metallica-song-with-bad-guitar-playing-by-me!) when this track caught my ear again. It’s far from perfect, and if I had to re-do it, there are a few things I’d probably change. But I’ve decided that I’d rather move forward and not try too hard to change the past. I’m an endless tweaker, and I could probably spend the rest of my life tweaking, adjusting, re-mixing, etc. the same song, over and over. Also, this track is an example of where I was at the time, so I guess its imperfections give it some charm.

Yeah, yeah. That’s all good stuff, but I still just gave it a quick re-master to clean up the sound a bit! My excuse is that it’s like dusting off the old track… and patching up a few scratches and dings.

I got the idea for this track shortly after watching “Terminator Salvation.” Danny Elfman did an excellent job with the score, and although a lot of people were upset that the famous Terminator theme was hardly in the film (and not at all in the soundtrack album), I was actually pretty glad Elfman did his own thing. More original material = more interesting. So after listening to his work, I wondered what I could come up with. (Also, the excellent “Terminator: The Sarah Connor Chronicles” TV series was still fresh on my mind, so that played a part in this as well.)

With that in mind, onto the track itself… After a lengthy intro (yeah, I do long intros), we get the “machine heartbeat” theme. I’ve read that composer Brad Fiedel was going for a heartbeat-sounding rhythm in his original score for “The Terminator.” But since it’s not a human heartbeat, the rhythm skips around and doesn’t sound quite natural. Here is my interpretation of a machine heartbeat.

I also wanted to explore the “messiah myth” around the John Connor character. The Terminator films are excellent action movies, but they are also high-tech modern day “prophecy” stories, foretelling the end of the world and the rise of a savior. So near the end of the track, I introduce Connor’s quasi-religious “messiah” theme. I am pretty pleased with the sound of the choir/brass combination–that might be my favorite part of the track!

And yes, I had to end with that familiar theme, in case there was any doubt this was inspired by Terminator.

My first blog post! The main topic of this blog will be music. I’ll discuss whatever project I’m working on at the moment, whatever I might be listening to, etc. Also, since most of my music collection is film soundtracks, I’ll probably discuss films and film music as well. I’ll try my best not to be long-winded! Thanks.